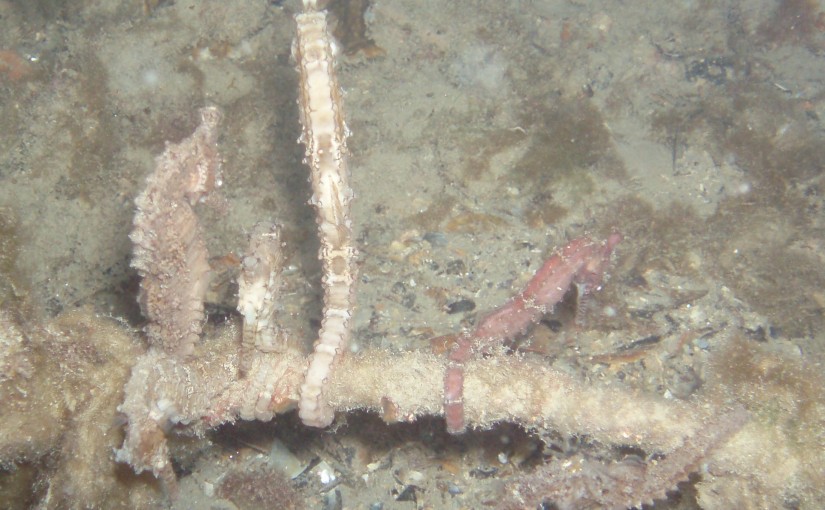 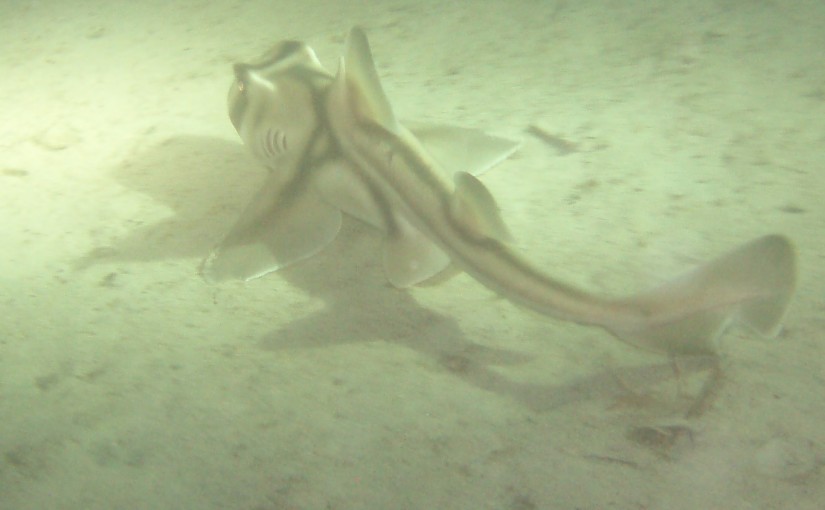 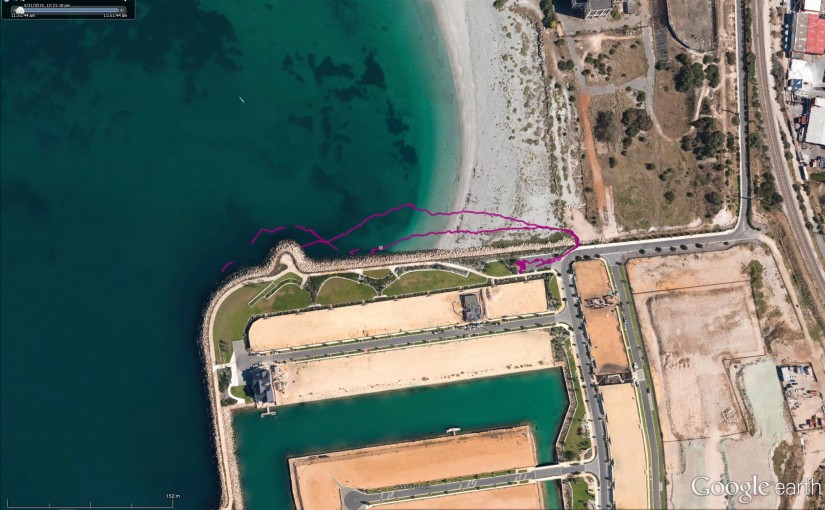 Today, it seemed like a good idea to go out on a club dive with Perth Scuba as I have signed up with them to do my PADI Instructor Development Course (IDC) with them next month.  Club dives are a great way to get back into diving if you haven’t been for a while or if you just want to keep up your skills and meet new people.  Best of all they are free (apart from air and equipment if you need it).  Being free, however they are always going to be a shore dive and site choice is going to be largely dependent on weather, the group and the lead Dive Master’s personal preference.

The site of choice today was North Coogee Marina Wall.  The conditions were a lot better than the last time I came here with almost flat sea and water at 18 deg C.  The max depth on the dive was 8.4m with a bottom time of 58 minutes.  I used the GPS in my BlackBerry Z10 inside a Cressi Dry Box which from the track I think did remarkably well considering at times there was 8m of water between me and the sky!

At some point I need to correlate the GPS timestamps with the dive profile readings from my computer to work at what depth it does actually loose signal, but given that it shows us quite nicely going around the end of the wall, I think it is probably at around the 8m mark, as most of the dive time was spent below 6m.

In terms of things to see, there are lots of shoals of smaller fish using the rocks for protection.  Lots of Toadfish on the sand and a good variety of different puffers.  If you look into the holes you can often see Octopus eyes peering back at you.